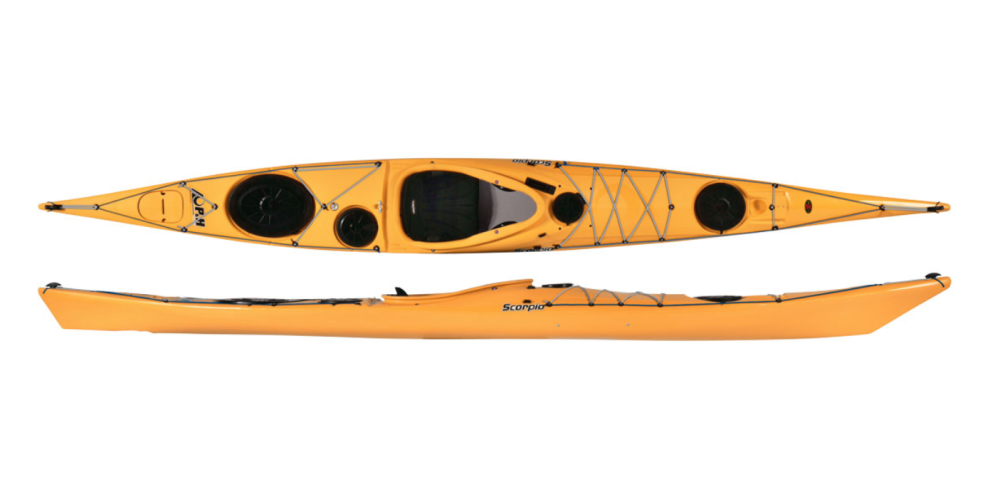 The P&H Scorpio MKII is the ultimate, fully featured expedition platform for those who want the peace of mind that comes with a polyethylene sea kayak during rough launches and landings, or for anyone whose budget won’t stretch to a composite construction but wants the best of the best in polyethylene.

The Scorpio shares the same progressive hull profi le as its composite counterpart, the Cetus, transitioning seamlessly from a slender bow to a highly stable, slight ‘V’ body with rounded chines; it’s fast and true when fl at, but roll it over on to the chines and the bow and stern free up to allow the boat to spin on the spot, all the while being impressively stable.

Choose this kayak for: